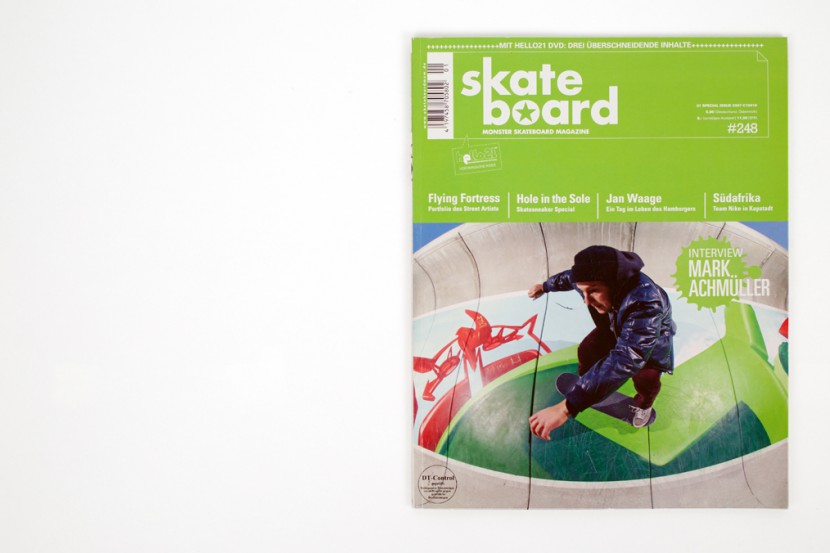 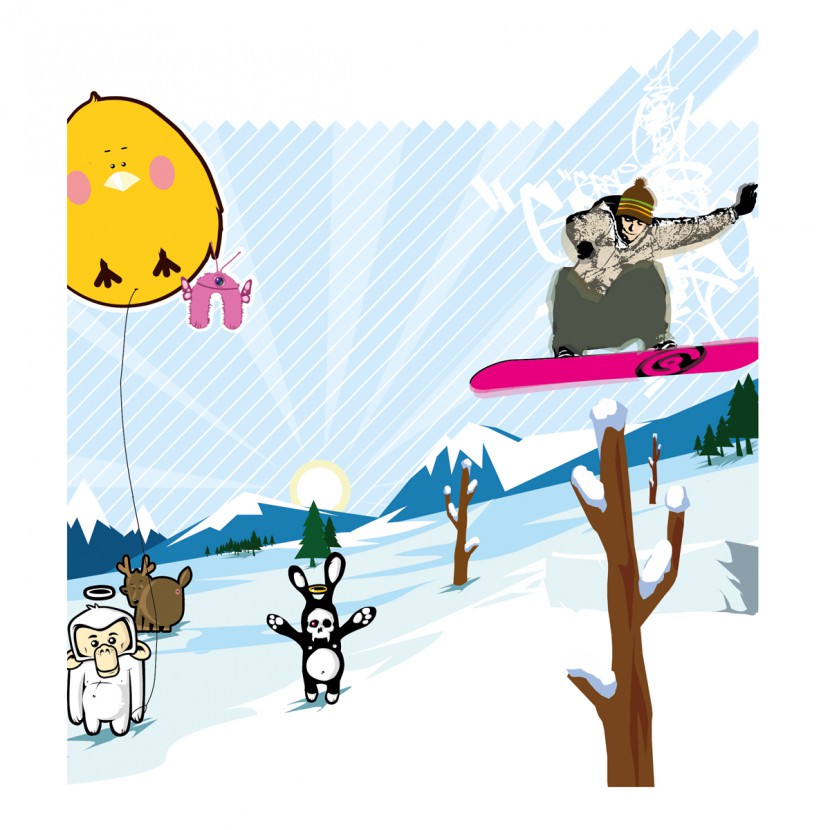 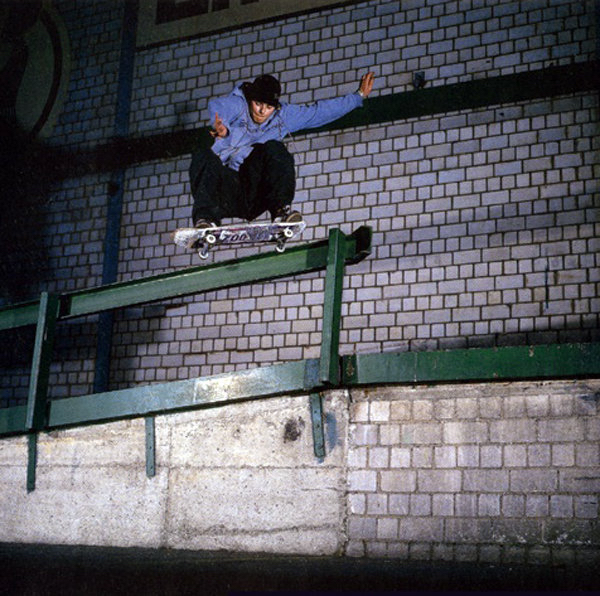 Back when there was “Monster Skateboard Magazine”, there was a section called “Remix”. Artist’s were asked, by the editorial department, to reinterpret skatephotos which were featurered in previous issues of the magazine. In this case I was asked to remix a skatephoto of myself which were taken by Helge Tscharn in 2004. Beside skateboarding I was pretty hyped on snowboarding and character design by that time, so I mixed myself from the streets of Cologne to some illustrative mountain setting.